The gaming world in peril

As it has always been in the world of business, One giant takes out another in the battle of the fittest. Usually in a capitalistic society there is no room for mediocrity. Only excellence (or the illusion of it anyways) will be victorious. There have been a lot of discussions on how the free market will set things right and that it will fix our financial issue. As long as we do not meddle with it.
Am I the only one that sometimes feel that we refer to the Free market as some sort of higher being?!
The free market did fix it alright. Free gaming available for every household that has access to the intranetz.

Now there is a great battle to be won for the console/gaming industry. To somehow convince poor Joe that lost his job to buy their super expensive games.

It was brought to my attention (thanks miss Irie), that the world of gaming is facing is biggest challenge to date, the profit demon.

While the giants in the gaming industry are busy with their “battle royal”, another type of market have sneaked by unnoticed (the middle child no one cares about).
Free/low cost gaming. Let’s face it, in a failing economy, Obama spring cleaning the white house a’dick(excuse the pundit), we simply cannot afford to cough out 60 bucharoos on the flavor of the month.
We can now somewhat agree I hope that there is a new title that is overly marketed coming out at least once every 3 months. We have 3 major consoles that fight over a limited amount of consumers and our precious money.
For these giants to make money, we need to buy their games, but let’s be honest, who can afford to purchase every new game? I used to but now that my husband left me ( it’s a messy story I am saving for my therapist), It’s kinda a financial roller coaster.
Any who, as the giants fight over the consumer in hope that their title is the one we will purchase, the free/low cost gaming sites are raking in the audience. With their free games and mindless entertainment and did I mention it was for free?

Why did it happen? It’s not that the audience doesn’t have time to game anymore. Au contraire, they have all the time in the world now that their workplace cannot afford to keep them since they’ve moved all production to following places (India/China/Narnia).
this is terrible for the industry however, because now that Mr gamer stud is at home playing games all day, he cannot afford to purchase a recently released/game at full price. So what is he gonna do? The Internet of course is a portal to endless gaming possibilities and nudity (so I’ve heard!).
This is good news for the online gaming sites, because their revenue skyrocket. I do think that we are all aware of the Internet bubble and I do believe that at some point this is going to burst. Before that happens the gaming industry will struggle capturing the gamers empty fly infested wallets.

I cannot really predict how this will end and it’s not like I am encouraging you all to spend your hard earned dollars just to help out the gaming industry. I do offer an elegant solution to the industry however.

2) Bailout, it happens a lot and it seems that taxpayers are more then willing to pay you billions for F%$^ck up!

3) Go download based, reducing production cost and keeping things online based for download will save you a dollar or two.
And if you are thinking of the argument (not everyone have Internet), then you probably never heard of the game anyway.

I only wish the gaming industry the best, but it does seem that they need to budget their money to go against things that are…free.

Now I am going to play a free appz for the Iphone called IMob..it’s fun and it’s, well….free. 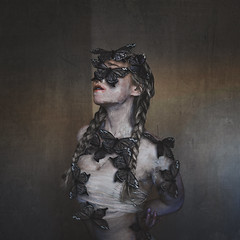