When I first got assigned this review. I didn’t really understand what I was getting myself into. I did some research before I started the game itself.
By just looking at the design of the game, I thought I’d be playing a fantasy version of Sim City. Which would be cool because I am a big fan of Simulation games.

All I saw was a train and I’d be shipping things. Well, I was wrong.
Let me explain a bit what World Train Royale is.

I know there are a lot of fans of Bejeweled (if you haven’t heard of it, you are either a tree or to famous to care).
It is based on the same concept except that instead of bejeweling, you are be-harvesting.

Instead of diamonds, you have “resources” that you need to match up (horizontally or vertically) to gain them.
I have to admit, I had some issues with the design of it at first. The little pictures of goods basically had my eyes twitching to the point where I had to take a few Advils, I felt better and got used to them.

Let’s start from the beginning.

This is what you are welcomed by. Thank god for the option button being so handy right of the bat. I don’t like having gaming music disturb my casual gamingness. So the game scores with having the Music off switch available easy. The intro screen also gives me a bit of a 90’s (early) feel. I felt like I just bought the latest installment in an RPG and it wowed me with “then” Superior graphics. I like the feeling of nostalgia, but will it wow an audience that is used to high pitched graphics? I can see this type of style for cellphone applications, I am not sure if it’s something for PC owners. However, pleasing intro screen, nostalgia trip and an easy to find mute button.

Now we see the map, very well drawn and interesting. As soon as we create a new game, we get hit with a Tutorial. Which I am incredibly thankful for, because everything to me was very disorientating. The tutorial is well made, because I could eventually figure things out. But again, the grains graphic is very unpleasant. All you See on your left screen is a train that sits there ready for transport. I just feel that if there was some kind of animation that kept the player entertained, then the puzzle battle would’ve been a bit more….entertaining. Entertainment without distraction.

I got the feeling that I got away really easy. Maybe because I am still currently playing in the beginning stages. I would like to see a bit more animations however. When a row vanishes, there isn’t much happening. No “GOOD ROW” “GREAT JOB” “FIREWORKS”, something that makes me, as a player feel that I am smart beyond comparesment. Praise would want me to spend more time at a “casual” game. Which is the keyword as well. Maybe a die hard bejeweled fan would enjoy this more. I was more into puzzle fighter, that had enough animations to keep me entertained enough and wanting to complete more rows in a row.

It’s not all bad thou. As an artist myself, I really enjoy the RPG fantasy style artwork, and the pixelated artwork in the game is a good idea, it just needs to be less sharp as an object and more softer on the eye.

The characters below are in game characters. They are there to help and serve you. The dialog is well written and it’s interesting enough to make you wanna read. Sadly today we are facing gamers who are unwilling to read, I for one hand enjoy having a written dialog, then I can imagine the voices in my head instead (like I always do). Then we have the hardcore refuse to read crowed. Who want’s everything read to them.

I like the green caped guy, he is my favorite so far. He shines that “evil grandpa just came home from 2 years at sea” kinda feel. I don’t know if he would be allowed near any kids but I sense the loving heart beneath that rugged exterior!

Did I tell you I have poor people skills?

What is cool here is that you can upgrade and build on your train. After you load your items you’ve acquired by playing the puzzle game, you place them on your train to ship them off to various city’s. At a later point in the game you will be taught how to use dual trains to ship out which is a great help to you. Simply because as you progress, the more resources you need to ship out and the clock is ticking.I like the little animation where your little train choochoo’s off from the screen. I also get gravely depressed that I cannot view the route in live animation on where my train is going. That would have been great, but so far, no.

That is your train as it looks in the beginning. Pretty cute huh?

The controlls are simple enough, it’s entirely mouse based so it’s all about clicking. I don’t know if I am just a fast clicker or my computer is being a jerk, but I do at times experience some lagtime. Not too noticeable but it can sometimes disturb your clicking groove.

Also, where the heck is the timer? Maybe I am going insane, but while harvesting for resources I try to see how long I have left before I can claim game over. I cannot find it for the life of me. (After further playing the game, I realized that there is no timer until later missions. My noobness knows no boundaries). The levels get trickier the longer you play, at a point the game throws in clouds at you, I took a big chunk of the game over fruit. The game babied me so far, and let me get away with a bunch, all of a sudden I tasted failure! The train was mocking me!

After an additional try of the cloudy stage blocking the resources, I beat it! HAH

All in all I actually did enjoy the game. It is not a bad pass time, it does require some work but I do see its potential. I think this would be a great edition to cellphone applications. I take into consideration that this game was brought to us by two people, which in my mind is a great achievement when you have limited resources to create something as advanced as this. I give great credit to the team behind this game and I do wish them the best of luck continuing on developing games.

If you are a fan of Bejeweled, this might be something for you. For me, I enjoyed it and I will keep playing it for a while, but I can’t see it keeping my interest for months to come. If anything it kept me up half the night. Only time will tell if it will keep me up for additional nights.

Words from The creators:

World Train Royale is Versus Software first effort into the casual game market. It’s been developed by two people, myself as the full time programmer and the artist ( Andre Cardozo ) as the full time artist. The idea initially was to make a tetris / bejeweled like game where you could gain resources and control a city. Sort of a mix between sim city and puzzle games. We started developing our first prototype in February and soon realized that developing this sort of game wouldn’t be as easy as it sounds. The problem lies that they’re two very different types of games, and mixing them together was a crucial element. In some prototypes there was too much puzzle, not enough sim city like gameplay while in the others it was the exact opposite. As time passed and the design evolved we arrived at the idea of transportation and resource gathering. So in the end the game had more influences from the Tycoon games than Sim City.

Once we established the overall gameplay mechanic of the game we started out to refine it and transform the prototype we had in our hands into a full blown game. We changed the aesthetics of the game repeatedly because we were trying to give a unique feel to it. In one of the alpha builds we had buildings and trains all steam powered and we saw that there wasn’t a lot of variation in color, type nor shape. That’s when we decided to give it a unique ‘fantasy’ sort of twist to the game’s design. Instead of just coal factories and mines, we had giants that were the mountains and factories. Instead of just steam powered trains we had air powered trains, spider like trains and so on. We saw this gave an interesting twist to what otherwise would be a pretty standard design.

As time passed we kept evolving the design and adding new features that would constantly change and add to the game. One of those was the concept of cards that the player could achieve in order to enhance factories, bonuses, resources, etc. There’s 17 cards in total.

After many hard months of work we finally finished World Train Royale. It’s our first commercial game, and something we’re proud to show off to the public.

I think they have every reason to be proud. Looking forward of seeing more from Versus in the months to come.

Visit Versus site to check out the game for yourself and download the demo. 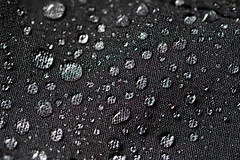