After hours upon hours and days upon days, the Alice painting ala Anna is finally finished! 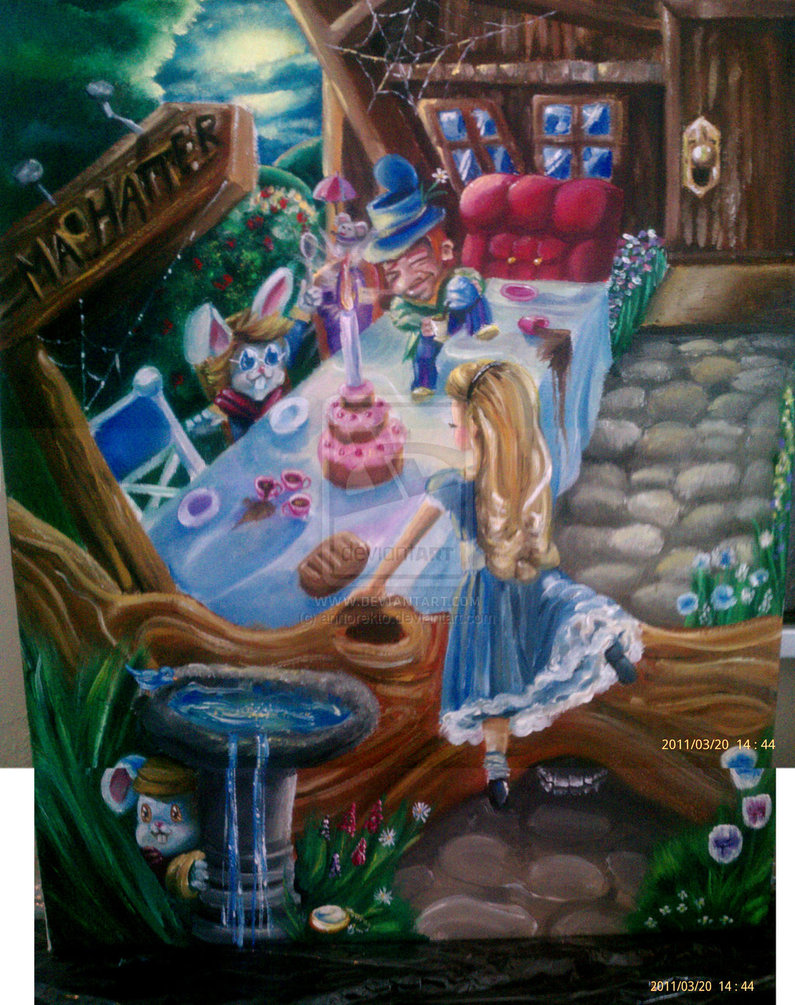 I am very pleased with the results and I am thinking on what to create next. With the completion of this painting, I’ve received some print requests. What I decided to to is to revive my old cafepress store. I did some major cleaning and rearranging. I haven’t used that darned thing in years and it was piled up with old wares and prints.

I’ve put up some stuff me and Kim designed together and before you know it, I was adding everything else that seemed to be decent of a creation.

I haven’t added the print itself yet since it needs to go to Kinkos and get scanned in. This baby is to big for my scanner and it needs the care of professionals. As you can see on the photo, I had to puzzle it together to get a decent shot.

I’ve bought about additional 3 canvases so the thinking storm begins!

If you like to check out mine and Kims re re re reopened Cafepress store, click here. It’s not designed mind you, I’ve removed my premium account because it cost me more running it then I was making in selling stuff (the curse of an artist, always poor).

The print of Alice, once available will be commission less. Meaning you will only pay for the shipping+Printing charges set up my cafepress with no other payment for me that is 🙂 Mind you I will only keep that offer up for about 2 weeks. After that I will raise the print price. If you for some reason miss that window, let me know and I will temporarily remove commission again.

Other then getting my hands on nice new cels (remember to check the Cel gallery, I got some starzinger ones!), its been a pretty quiet weekend. The weather was faaaantastic on Saturday, so we took the opportunity and grabbed of bows and went shooting 🙂 Kim Successfully Robin Hooded his Arrow (it means that he hit his arrow with another arrow).

Here is the documentation of that incident.

Anywho, when it came to videogames, we picked up Marvel ultimate alliance 2 again. We quickly realized why we stopped playing in the first place. It was just not very “interactive”. Mainly it was just run and blow stuff up. I know, it does sound cool. But in the end, not really.

I think in these kind of games, I prefer to play it FPS mode. It is the same thing that Turned Kim off the new Tomb Raider game. That format just kills the mood over all and you feel increasingly detached from the story and action of it all.

Kim is exited about the upcoming Thor movie. So much so he bought the fricken rubber toy Thor hammer. I head the noise of thunder behind my head and I know I will be attacked shortly after. It never fails. I hear a BOOOOM and then my head gets a beating. It also shoots a rubber bullet thing from its top and the cat just goes nuts over it. I love being married to a kid 🙂 Never a dull moment. 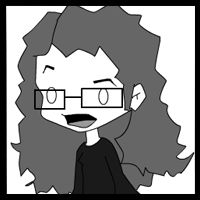